The mystery of Tigress T13 – this is how a local newspaper in India described the case of a notorious wildlife trafficker, Nepalese Lodu Dime, who was arrested in 2018 after years on the run.

Wildlife authorities in Nepal had been on the tail of the 44-year-old smugglers after an Interpol operation seized five tiger skins and seven bags of animal parts, including bones, from a vehicle en route from Kathmandu to Rasuma – a city on the country’s border with Tibet – five years earlier, in 2013.

Among the tiger skins recovered in the raid was that of a tigress, known only as T13, from Madhya Pradesh, more than 1,500km away in India. The animal was last seen on camera traps with its young in the Raikassa area of ​​Pench in Madhya Pradesh in February 2012. Afterwards they disappeared without a trace.

The animal’s disappearance would have remained a mystery had scientists not later matched the stripes of the seized tiger skin with those of T13.

The identification ultimately linked India and Nepal in the cross-border wildlife smuggling ring run by Dime and his accomplices.

It’s cases like the T13 tigress that Debbie Banks, head of the Environmental Investigation Agency’s (EIA) Tiger and Wildlife Crime campaign, hopes to see more of.

“A tiger’s stripes are as unique as human fingerprints,” she explains.

“There have been instances,” Banks says, referring to T13, “where the identification of a tiger has actually led to law enforcement cooperation between countries.”

In Dime’s case, Indian immigration informed the Nepalese authorities of the trafficker’s return to Nepal and the man, who had previously been convicted in absentia by a Nepalese court, was eventually arrested at Tribhuwan International Airport in Kathmandu.

Founded in 1984 in the UK, the EIA investigates and campaigns against environmental crime and abuse, including working with other groups to expose the trade in body parts from so-called tiger parks in South Asia. Southeast in 2020.

It is now partnering with the Alan Turing Institute, a leading center for data science and artificial intelligence (AI) to develop a new AI tool to aid law enforcement efforts in creating an extensive database of tiger stripe patterns.

According to the Alan Turing Institute website, the program will see researchers with PhDs in data science placed within 10 environmental organizations, including the EIA, to work on their data challenges.

The EIA is now calling on citizen scientists, photographers and others to submit their images of tigers.

The group, according to Banks, already has a database of hundreds of images of tiger skins – including in the form of rugs, taxidermy specimens and carcasses – which it has documented from online sales and in persistent malls as well as gathered from open-source images of seized tigers. 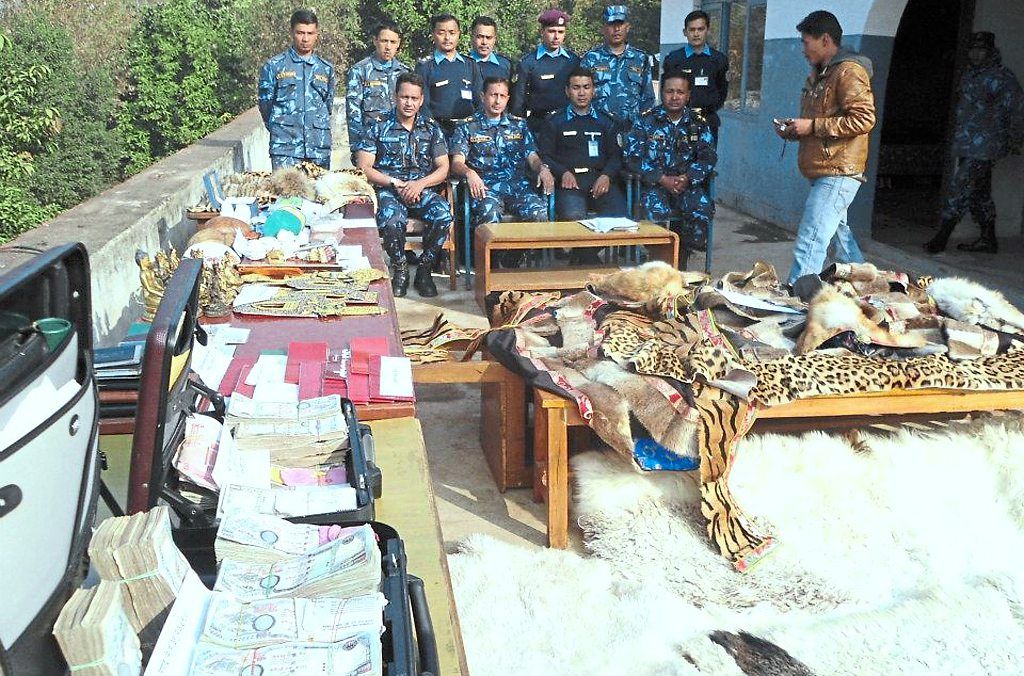 Some of the wildlife parts seized from a vehicle en route from Kathmandu to Rasuma in Nepal believed to be linked to Dime.— Twitter/Interpol

“The initial goal,” she says, “is to develop an accessible, user-friendly AI tool that helps us in the future to cross-reference and match the scratch patterns of the tiger skins we see. for sale – digitally and physically – and those grabbed against an existing EIA image database…including [those of] captive tigers held in facilities suspected of leaking tiger skins and other body parts into the illegal trade.

If there is a match, Banks says, it will help the EIA determine whether it, and other researchers who submit commercial search images, are seeing the same skins offered apparently in different places or by different people, which could then generate interesting information. leads to further investigation into the illegal wildlife trade.

“Or, filter out traders who appear to be recycling images of the same skin,” she adds.

Similarly, a match between a skin seized in one country and that seen for sale in another or in a captive facility in another third country can help expedite law enforcement cooperation between law enforcement authorities. of wildlife.

The ultimate ambition of the EIA, according to Banks, is to eventually create a reference database that could be hosted by a neutral intergovernmental agency that law enforcement and researchers could access.

“We need many images of known individual tigers to develop, train and test the new technology; hence the request for assistance to photographers.

“Photographers have a second option for us to keep these images for the purpose of building the reference database,” she says.

Will the existence of such a database benefit the Malayan tiger, whose main threat, and by far the most important, is poaching?

In July this year – which is, coincidentally, the Year of the Tiger – 43 poachers have so far been arrested in joint operations between several law enforcement agencies aimed at saving the Malayan tiger , according to the Department of Wildlife and National Parks (Perhilitan) in a July 28 social media post. Confiscations of wild animal parts worth nearly RM4 million were also carried out between 2019 and July this year.

When it comes to poaching, while locals tend to focus on hunting small prey such as kijang and wild boar, those seeking big game like tigers tend to be outsiders targeting the lucrative illegal trade. wildlife to China and Vietnam.

Wildlife Conservation Society Malaysia’s national program manager, Dr Mark Rayan Darmaraj, says using such databases with AI – like the one the EIA hopes to develop – can certainly be one of many. useful tools in efforts to save the Malayan tiger from extinction in the wild, where only about 150 animals remain.

Indeed, a key step in investigating illegal wildlife shipments is not only determining routes, but also determining if the specimen was taken from the wild and, if so, where.

“Identifying the locations or area from where the animals were taken from the wild goes a long way in painting the picture of the illegal wildlife trade network – from the poacher to the middleman to the trader,” says Darmaraj, who has participated in the study and conservation of the Malayan tiger for decades.

Currently, Malayan tigers in the wild are identified via their stripes through camera trapping surveys mounted by Perhilitan in conjunction with other conservation groups, as well as DNA analysis of their droppings or droppings.

“However, droppings are notoriously hard to find on the forest floor in our humid climatic conditions. They deteriorate very quickly,” says Darmaraj.

The King of the Jungle himself is also notoriously hard to find in the dense forests of the Malay Peninsula, as even the most dedicated tiger scientist would attest.

This means that with the exception of footage and images from camera traps and those of Malayan tigers in zoos, any image of the animals in the wild is surely hard to find, making them vulnerable to poaching.

This contrasts with the wild tigers of India or Nepal, where the jungles are less dense, or countries like the United States, where an estimated 10,000 animals are now kept in captivity, growing more in private collections.

“I think this (database) is a laudable initiative and certainly doable for captive tigers but ambitious for wild tigers,” admits Darmaraj.

“Nevertheless, I would say it is certainly worth contributing, provided there are no restrictions on sharing these images.

“This database may not be the only method to identify the origins of wild tiger skins, but can certainly be another tool that can help law enforcement authorities.

“Again, of course, this can be done easily in captivity and may seem impossible for wild tigers to imagine.

“However, with more camera trapping surveys taking place in our forests, this may not necessarily be overstated as more images are obtained of wild tigers over the long term from exercises such as national surveys at scale on tigers,” says Darmaraj.

All EIA project images can be submitted along with relevant information via a form on its website at eia-international.org.

BERLIN (Reuters) – Germany will speed up its internal decision-making on arms exports to Ukraine, German newspaper Die Welt reported on Wednesday, citing Economy Minister Robert Habeck. Arms export shipments must be approved by several ministries, coordinated by the Federal Chancellery. Applications for Ukraine would be handled with “highest priority”, with the Economy Ministry accepting […]

Transport Secretary Grant Shapps has launched a strong defense of the government’s integrated rail plan. The second record was for political rhetoric, as some political opportunists competed against each other to trash the IRP in the most exaggerated way they could imagine. For example, a package worth £ 96 billion has been described by Steve […]